Prices and Updates delivered to your inbox 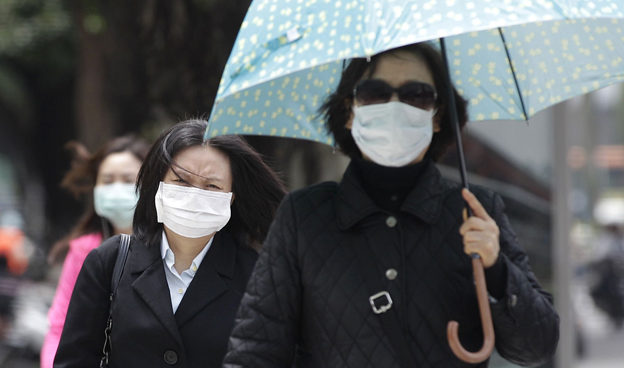 Chinas recent GDP growth figures may suggest that its economy is slowing, but one area China is refusing to slow is its high levels of pollution. It is often easy to forget about pollution levels, after all we can’t see the billions of deadly particles constantly being supplied to our atmosphere. However what we can see is the surge in the number of people using face masks to combat these particles as they go about their daily lives. These masks that were once reserved for the ER rooms of hospitals are now being worn as part of everyday life, such as by commuters on their way to work or even by children playing in a park.

A generation ago the use of a face mask would once be seen as bizarre, yet it is now perfectly normal and actually encouraged. Encouragement stems from the huge health benefits they offer, as the masks prevent tiny molecules- which can lead to heart disease, lung disease and various cancers, from entering the body.

With reports showing that that 1.6 million people in China are dying every year as a result of pollution, it’s no surprise that this trend has grown. However as the pollution levels have reached new highs, so has the technology available to counter it. This technology comes in the form of carbon filtering. Carbon filtering offers a new and improved layer of defense to protect the wearer from Sulphur dioxide and other harmful pollutants. This technology also helps prevent other bacteria and viruses, such as the influenza virus, being inhaled.

Industry experts made recent claims that breathing in Beijing’s air is equal to smoking 40 cigarettes a day. This will lead to only one thing; the face mask trend continuing to boom as more people become aware of the negative effects breathing in the air has on their health.

Although the Government is trying to curb pollution levels by introducing new regulation and legislation, as well as investing in clean renewable energies. However these changes will take time to come into effect and in that time pollution will no doubt rise further, inflicting more damage before conditions improve.

It is crucial to remember that it’s not just China were pollution levels continue to plague the population, London’s pollution is an ever worsening problem and now causes over 9500 deaths annually. To conclude pollution is very much a global problem, and until major changes are made by Governments around the world, the best chance you have at negating the effects pollution is to wear a face mask

Price and Updates Delivered to Your Inbox